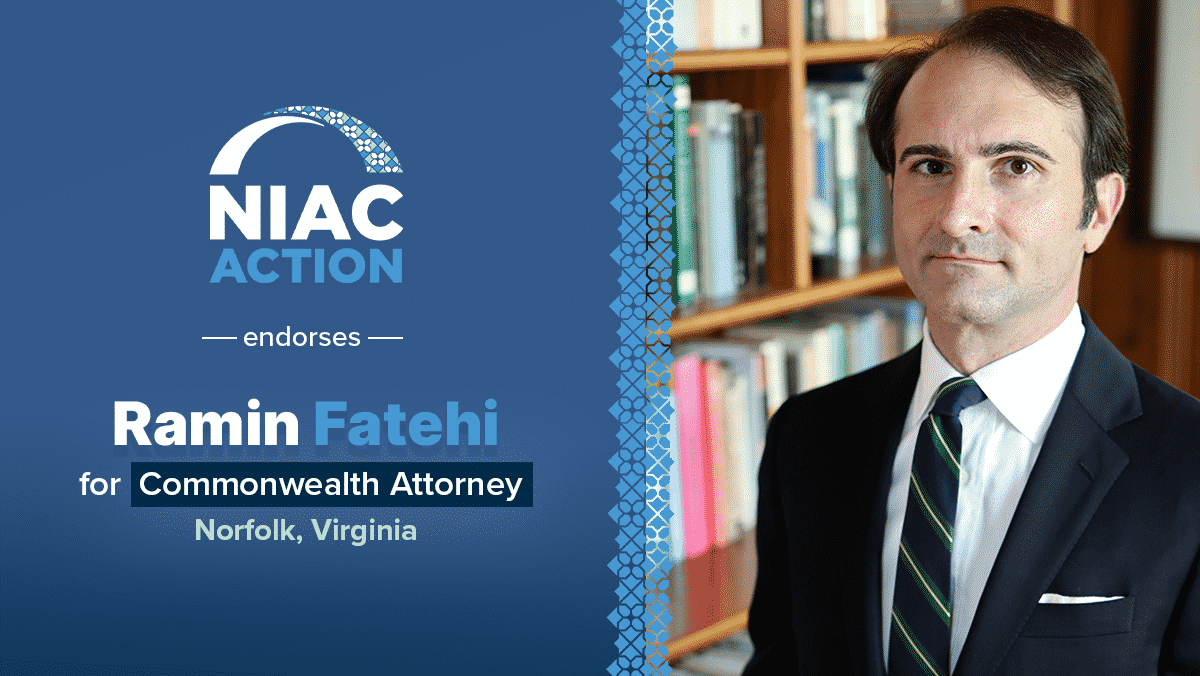 NIAC Action is excited to endorse Ramin Fatehi for Commonwealth Attorney in Norfolk, VA. Ramin, a Hampton Roads native, has served as a Virginia Supreme Court law clerk, a public defender, and as a state and federal prosecutor. He is uniquely positioned to step up as Commonwealth Attorney in Norfolk – which is one of many reasons why NIAC Action is proud to support his bid for office in the 2021 Virginia elections.

Ramin has led the charge in Norfolk to abolish cash bail, abolish the jury trial penalty, and make the justice system honor the principle that Black Lives Matter. He has worked every day for a safer and more just Norfolk by treating defendants fairly, victims with compassion, and the community with the commitment to its values. Not only that, but if elected, Ramin will be the second ever Iranian-American elected as a district attorney in the United States! He is the best choice to serve the people of Norfolk as Commonwealth Attorney.