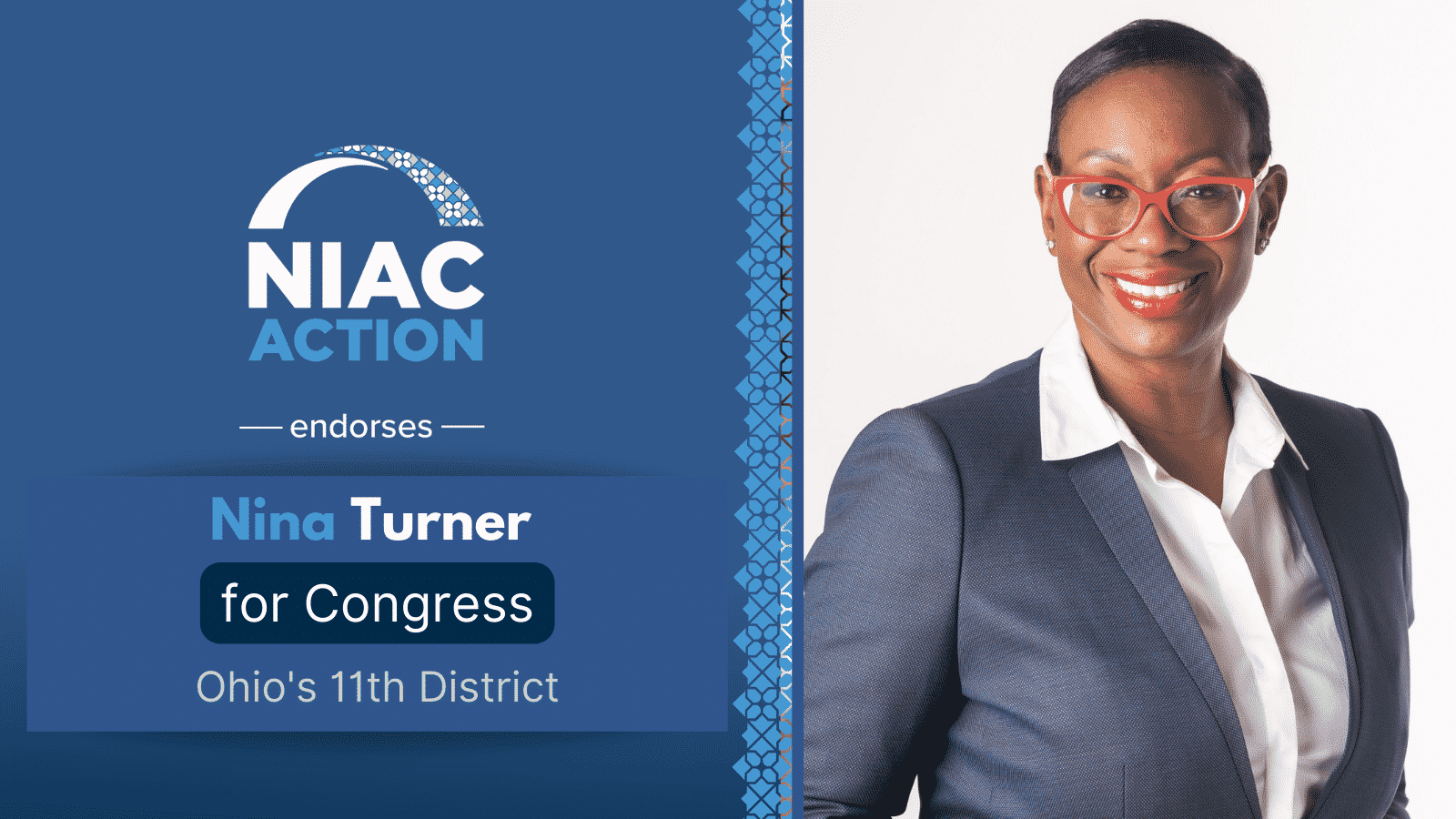 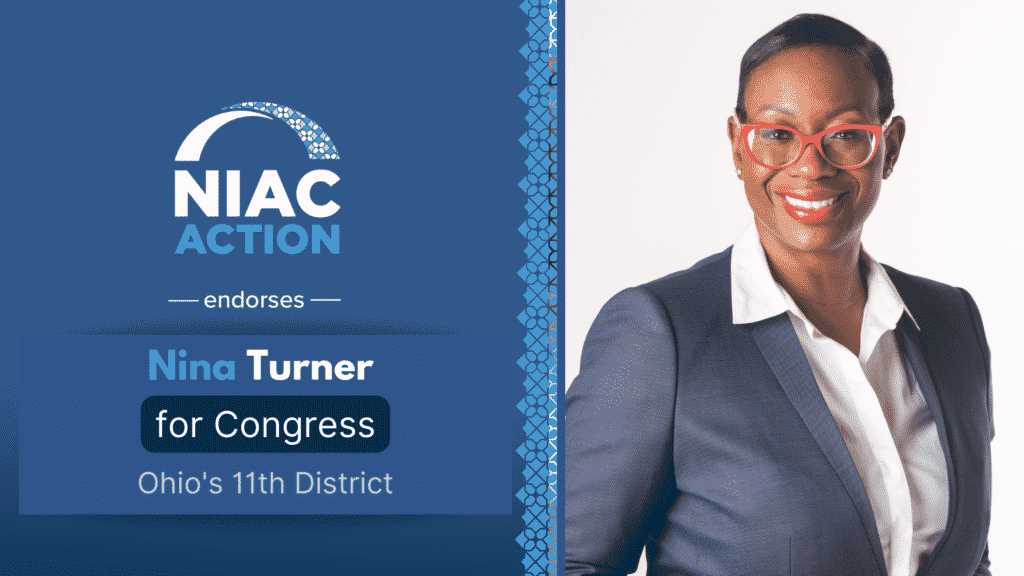 We want you to know exactly why Nina has earned our endorsement. Nina is a lifelong public servant who has proven time and time again her commitment to uplifting the needs of her community. She has previously served on the Cleveland City Council and in the Ohio State Senate, as well as National Co-Chair for Bernie Sanders’ 2020 presidential campaign. Now, Nina is running for Congress to take her leadership to the next level and fight for diplomatic solutions. We think she said it best:

“I am thankful to receive the support of NIAC Action. Their commitment to global peace and diplomacy aligns with our movement’s vision of security through shared prosperity. When I’m in Congress, I will work to ensure the United States is a leader in creating a people-first foreign policy.” – Nina Turner

Nina faces an uphill battle in her May 3rd primary election against Congresswoman Shontel Brown, a new Member of Congress who has openly fought against diplomatic efforts with Iran. Rep. Brown recently joined an ill-advised press conference with 17 other Democratic legislators to attack the diplomatic efforts underway to restore the Iran deal. See our statement on this here: https://www.niacouncil.org/news/niac-statement-on-the-few-democratic-legislators-objecting-to-iran-diplomacy/.

Further, Nina’s opponent Rep. Brown has received an “F” rating on our 2022 Congressional Scorecard. Restoring the Iran nuclear deal is one of our chief priorities, and Rep. Brown’s attacks are playing into warhawk efforts to tank the deal and lead us down a path to war. We deserve to have a representative in Congress like Nina who will fight to restore the Iran nuclear deal and ensure we are leading with peace and diplomacy first.

It’s on us to get pro-diplomacy candidates elected to Congress. Make a contribution to NIAC Action PAC today to help us get champions of Iranian Americans like Nina Turner elected!