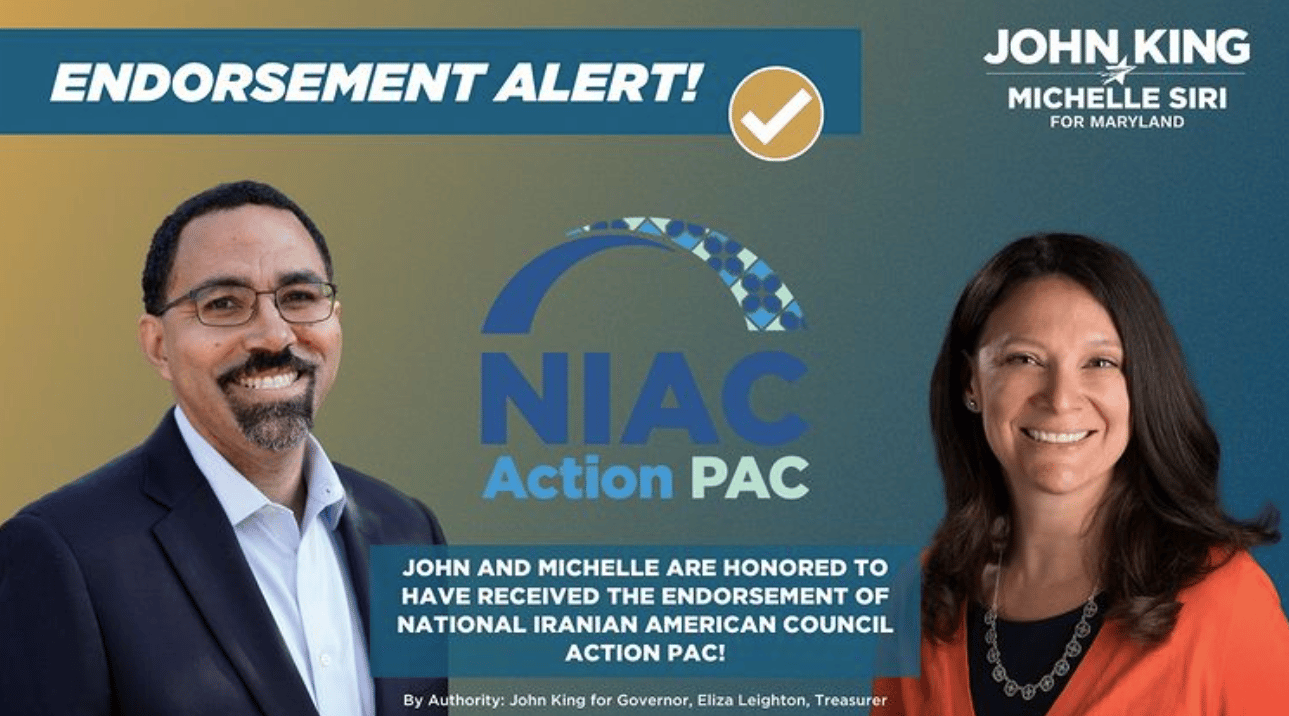 NIAC Action is proud to endorse John King and Michelle Siri for Governor and Lieutenant Governor of Maryland.

In just a handful of days, the Maryland gubernatorial primary election will happen on Tuesday, July 19, 2022. In a crowded race, we’ve got a huge opportunity to send one exciting campaign forward to uplift our community in Maryland through the Governor’s office.

NIAC Action is proud and excited to endorse John King and Michelle Siri for Governor and Lieutenant Governor of Maryland. John King is a former Education Secretary to President Barack Obama and lifelong educator and public servant. Lt. Governor candidate Michelle Siri is an Iranian-American woman herself and is fighting for reproductive and gender justice as Executive Director of The Women’s Law Center of Maryland. John and Michelle bring an impressive combination of experiences in public service to this race as well as a clear vision for equity and inclusion in Maryland.

Maryland is home to a large Iranian-American population in the United States. We are grateful for John and Michelle’s candidacy for Governor and Lt. Governor in a highly competitive primary to represent not just us, but all people of Maryland, with dignity and respect.

Get Involved in the Campaign :

Electing Iranian-Americans is integral to building political power for our community, and so is exercising our right to vote. Join us in supporting these leaders for Maryland Governor and Lt. Governor, and no matter what, don’t sit this election out.