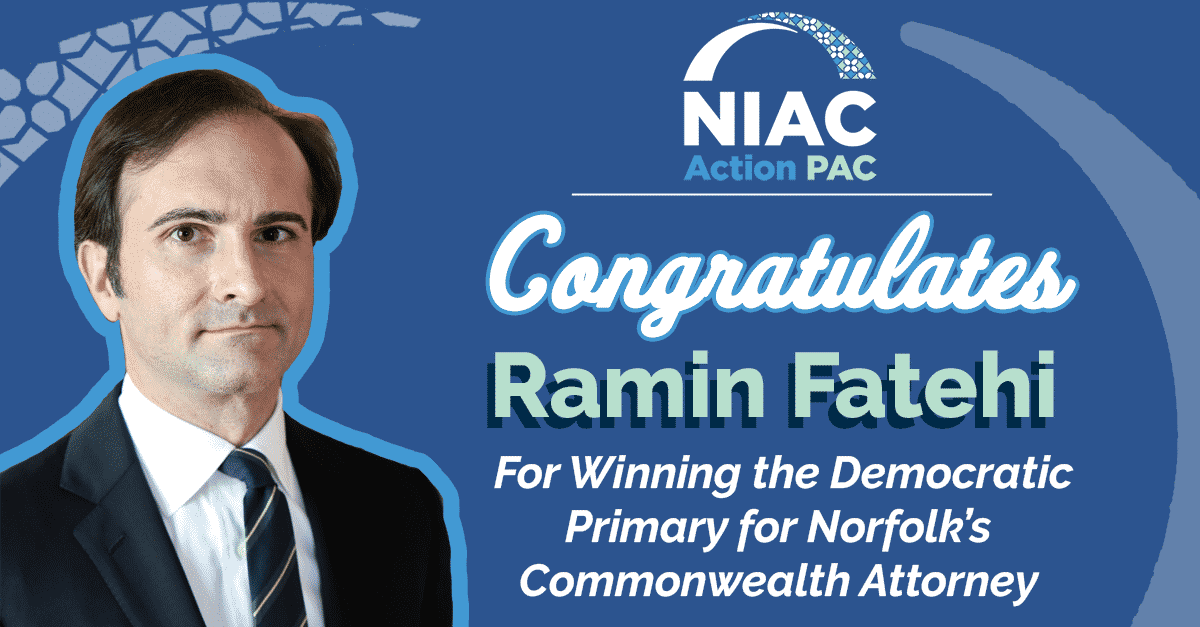 Congrats to Ramin Fatehi for Winning the Virginia Democratic Primary!

The Fatehi campaign secured over 60% of the vote on election night after weeks of hard campaigning during the early voting period in the state. Ramin has served as a Virginia Supreme Court law clerk, a public defender, and as a state and federal prosecutor. He is uniquely positioned to step up as Commonwealth Attorney in Norfolk. He will advance to the General Election on November 2, 2021, where he will run unopposed for this office. Once elected, Ramin will be the second-ever Iranian American elected to a district attorney seat in the country.