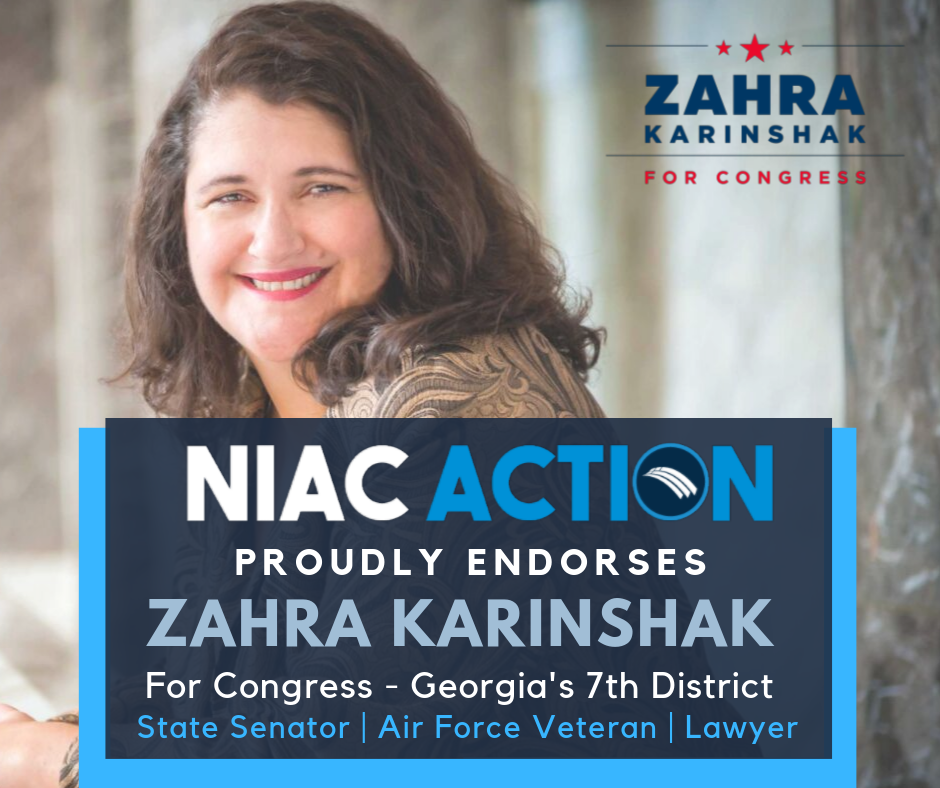 August 26 marks Women’s Equality Day, a day to celebrate those brave women who fought for, and achieved, much deserved gains in equality since ratifying the 19th Constitutional Amendment. We have gotten as far as we have on gender equality because their courage paved the way for the generations that followed. Their resolve, leadership, and undeniable determination undoubtedly changed for the better America and its future leaders.

And the momentum hasn’t faltered since.

On this day, NIAC Action would like to honor another trailblazing woman, Zahra Karinshak. In 2018, Zahra made history on her first day as a State Senator when she was sworn in as Georgia’s first Iranian-American legislator. Soon after her first legislative session began, Zahra became the leading opponent of anti-abortion legislation and co-sponsored legislation to require schools to support young students with dyslexia.

Zahra, who was endorsed by President Obama and Planned Parenthood in the last cycle, is also a proud U.S. Air Force veteran and federal prosecutor. Making history once again, she is taking her fight for equality to Capitol Hill as the first Iranian-American woman to run for Congress in Georgia’s 7th district.

Zahra’s commitment to public service knows no bounds as she joins the many women leaders before her whose hard-fought accomplishments have shaped and strengthened our communities and democracy. NIAC Action is proud to have endorsed Zahra Karinshak in her Congressional race—and we can’t wait to see what more she has in store not only for the state of Georgia, but for the entire nation.