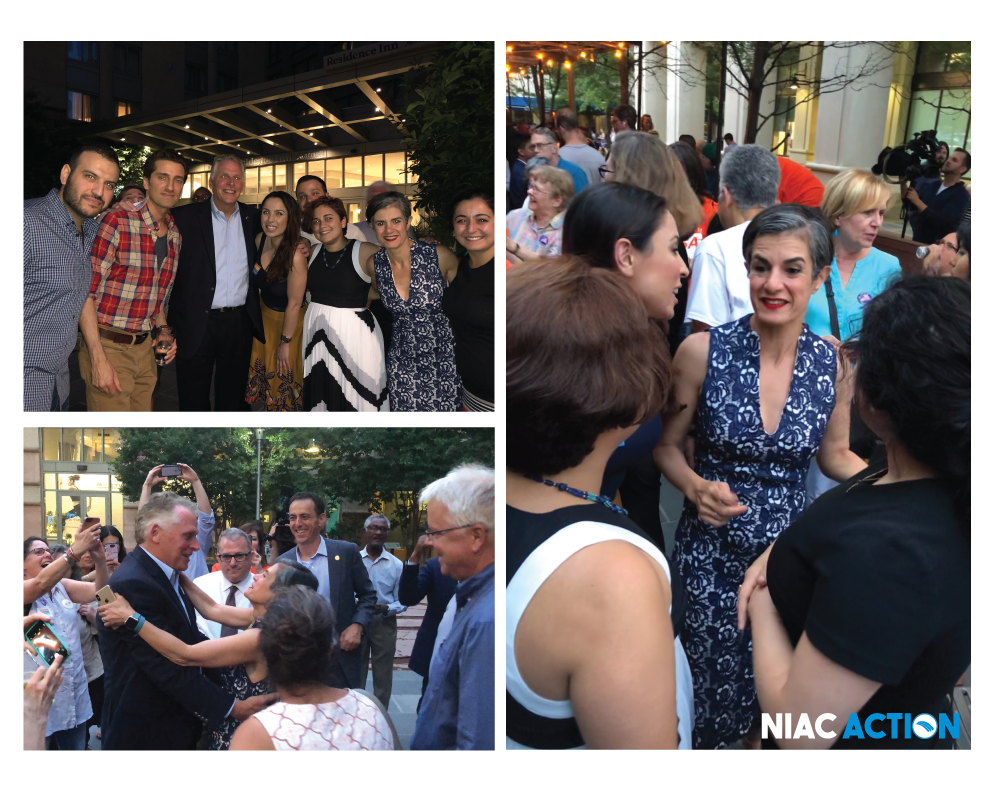 An unprecendented win for the Iranian-American Community

A victory like this is rare, as prosecutors are rarely unseated and traditionally remain in their seats for their lifetime. But Parisa’s track record of success signaled the possibility of change, and NIAC Action was proud to support her candidacy from its earliest days all the way through her election win.

NIAC Action also congratulates its endorsee Yasmine Taeb, who ran an impressive campaign for Virginia State Senate against an establishment candidate that remained unchallenged for 40 years. Although being outspent 10-1 by one of Virginia’s top corporate fundraisers, her grassroots efforts brought her within a few hundred votes of achieving a historic upset victory. Like Parisa, Yasmine’s campaign also received national attention, forcing her opponent to campaign in-person for the first time in decades.

These political gains represent real power across the Iranian-American community. They also mark critical steps towards building a strong political pipeline for other Iranian Americans interested in securing a seat at the table of all levels of government.

NIAC Action supports and encourages Iranian-Americans to participate in the U.S. democratic process and run for office. As we approach 2020, we will seek a fresh wave of progressive Iranian-American civic leaders looking to represent this community.