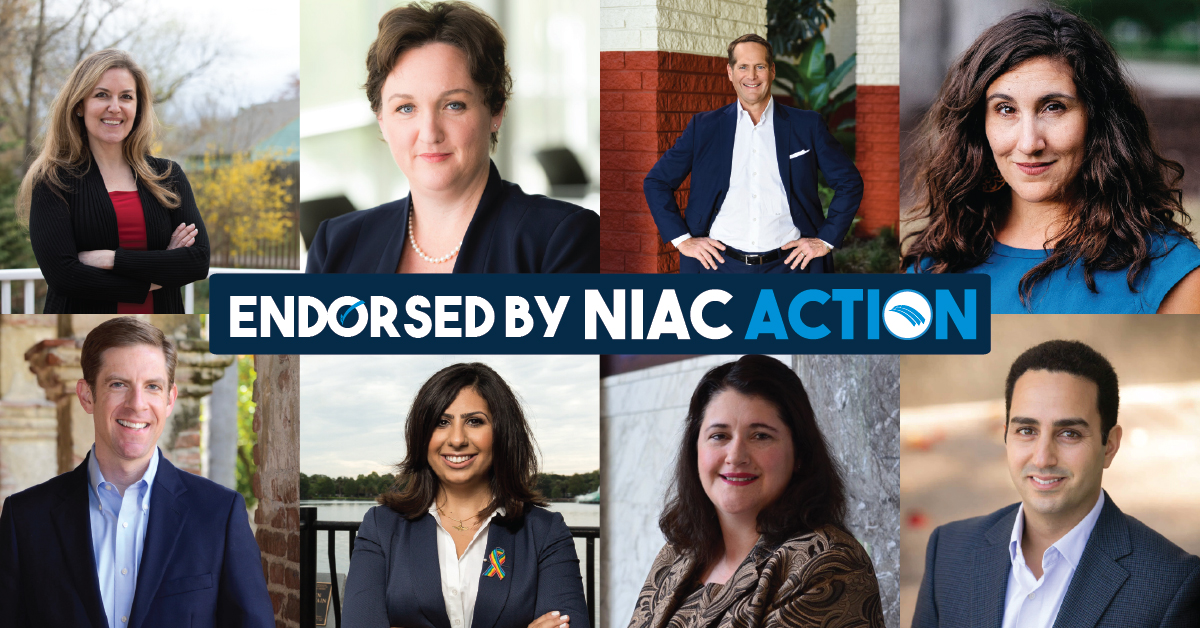 Rouda is running against Dana Rohrabacher, who represents more than 8,000 Iranian Americans yet has celebrated ISIS terror attacks in Iran, authored legislation to prop up ethnic separatist groups to foment civil war in Iran, and publicly supports the MEK. Rouda would put an end to Rohrabacher’s dangerous pro-war agenda. The incumbent, Barbara Comstock, is a close ally of Trump’s National Security Advisor John “Bomb Iran” Bolton – whose Super PAC endorsed and fundraised for her. Wexton would stand up for the 7,000 Iranian Americans in this district and stand against Trump’s war cabinet. Levin is running in this open seat vacated by Darrell Issa. He is strong on priorities like preventing war, opposing the Muslim Ban, and fighting for our community. He would represent a huge improvement for the 4,500 Iranian Americans in this district. Ghorbani is leading an impressive grassroots campaign that could turn this red district blue and make her the first Iranian American elected to Congress. The incumbent, Chris Stewart, is a hawk who opposed the Iran deal and argues the U.S. should focus on confronting Iran rather than groups like Al Qaeda. Anna Eskamani is running for Florida House District 47 in Orlando and would become the first Iranian-American woman ever elected to a state legislature. She has been attacked for her Iranian heritage by her opponent and refused to back down. Zahra Karinshak is an Iranian-American Georgia native running for State Senate District 48. She’s in one of the most diverse districts in the country, but it is a red district that has been unchallenged for 14 years. She can change that. Iman Novin is running for City Council in Walnut Creek, CA. Iman’s campaign is not just about a local election, but a broader movement to get more Iranian-Americans elected to public office.