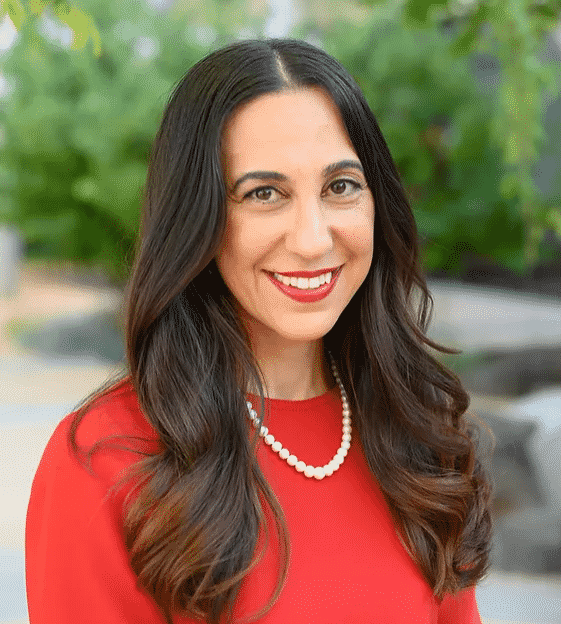 NIAC Action is thrilled to announce its latest endorsement of another Iranian American candidate, Renee Kazemipour-Paquier, candidate for Saratoga City Council. She has been serving the City of Saratoga for the past seven and a half years as a Parks and Recreation Commissioner as she has a deep passion for open space preservation. Renee is also an educator, currently serving as the Dean of the Che School of Professional Studies at West Valley College. If elected, she would be the first Iranian American elected to the Saratoga City Council.

Renee has strong ties to the Iranian-American community. She prides herself on being a local advocate for our community and culture. She has conducted many workshops and events to celebrate and educate the local Santa Clara County community on Iranian American issues and subject areas. For example, she started the Persian New Year celebration at West Valley College, which has become the largest free Norooz celebration in Santa Clara County.

Renee’s passion for serving the local Iranian American community informs her stances on big-picture issues: she strongly opposes the Muslim Ban and supports the JCPOA. She believes that affecting change from within is a core component of who she is. Renee is a shining role model of an engaged community leader seeking to enact change at a broader level. This is why NIAC Action believes Renee is the most qualified candidate for Saratoga City Council.

Her passion to serve her community is also why Renee decided to join law enforcement after 9/11, becoming the first Farsi speaking female officer to graduate from the police academy in Northern California. To this day, she provides social justice and quality training to officers. As an academic, she uses her position of leadership to uplift women of color in academia. This concept of change from within is what inspired her to run for office.

Lastly, with Renee on the City Council, she will work closely with the community and local schools to understand what their needs are and work with the School Boards to develop innovative solutions to address these needs. Furthermore, Renee will focus on maintaining high academic achievements and work with the School Board to give more attention to areas such as student mental health and student success/completion rates.

Renee is running in a crowded six-candidate race for 2 open spots on the city council. This is a tight race, and Renee needs the extra push to come out on top. NIAC Action strongly urges you to join our volunteer team to help Renee and donate today.