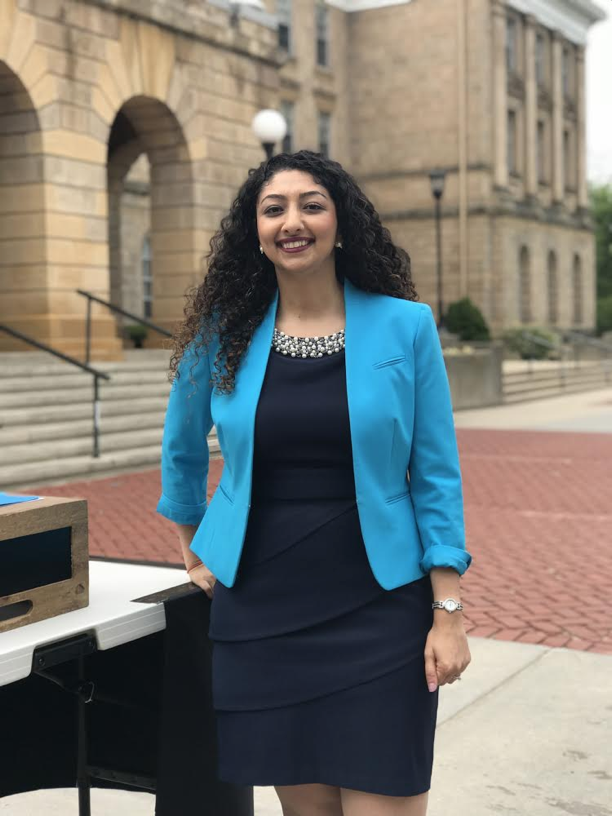 NIAC Action is excited to announce our endorsement of Shabnam Lotfi, who is running for the Wisconsin State Assembly in District 77 and would become the first Iranian-American ever elected to the Wisconsin legislature!

“I was born in Tehran in 1982 and came to the US when I was just four years old. From a very early age, I wanted to be a lawyer and fight for justice.” Shabnam tells us. “The first lesson I learned in life was that democracy matters.” Lotfi, a University of Wisconsin Law School graduate, currently serves as an attorney at her Madison-based firm Lotfi Legal LLC, focusing on immigration law. In March 2018, in the midst of Trump’s Muslim ban and the revelation that the State Department had issued a shockingly small number of waivers, she filed a class action lawsuit against the Trump Administration that is now pending in the U.S. District Court for the Northern District of California.

Lotfi is also known for her popular Facebook group, Immigrants United, which she established to bring people together during times of crisis. In 2017, when the airports were a mess, Shabnam was instrumental in getting Iranian Americans the information and help they needed to navigate a difficult situation.

Shabnam is very active in the Iranian-American community and was a vocal supporter of the Iran deal, saying it “was a win-win agreement for everyone.” She lists government accountability, gun violence, and the University of Wisconsin as a few of her top priorities if elected to Wisconsin’s State Assembly.

Wisconsin State Assembly District 77 is an open seat that has been held by retiring Representative Terese Berceau (Dem) for the past 20 years. Shabnam faces a primary that will be held in 3 weeks on August 14th. Since no Republican is running in this race, the winner of the primary will win the election in November. With our community’s support, we can help send Shabnam to the Wisconsin State Assembly.

Make a contribution to Shabnam’s campaign

To learn more about Shabnam check out the links below.