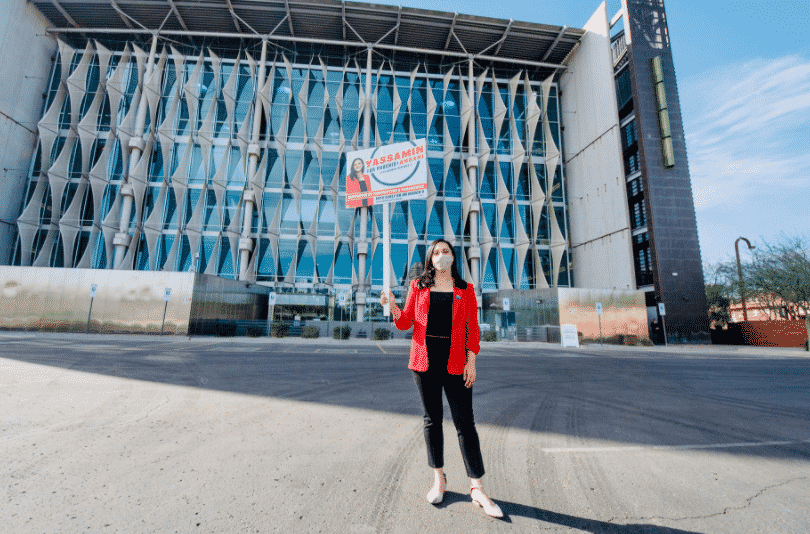 NIAC Action endorsee Yassamin Ansari won her election to Phoenix City Council on Wednesday, taking over 58% of the vote during the March 9th run-off election. With this win, Yassamin became the first ever Iranian-American elected to public office in the state of Arizona.

NIAC Action and our members proudly supported Yassamin throughout her race – raising tens of thousands of dollars for Yassamin, hosting dozens of virtual fundraisers and events in support of her, and contacting thousands of voters. Her historical win is a win for all of us. Phoenix is the 5th largest and fastest growing city in America, and with Yassamin in an elected leadership position  we know that the Iranian-American community will be well represented and fought for now and in the future. From all of us at NIAC Action, congratulations, Yassamin!