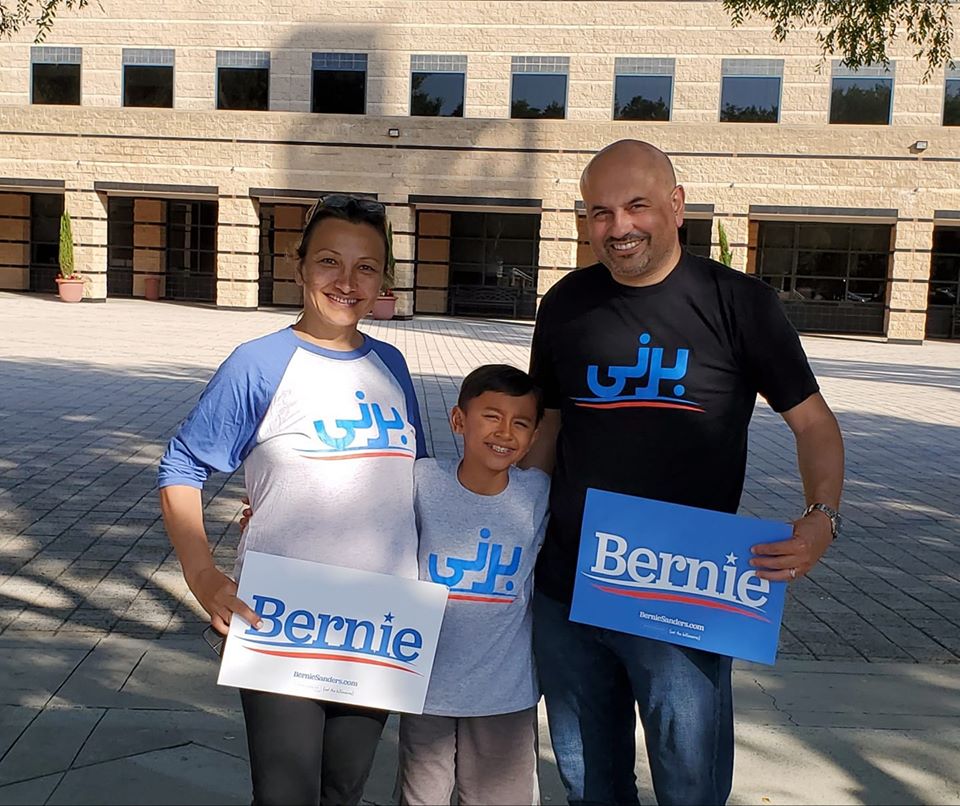 Meet the husband and wife team running in Orange County

Meet Iyad Afalqa and Samila Amanyraoufpoor, the husband and wife team running to represent the people of California Assembly District 74 in the Democratic Party of Orange County Central Committee! Both Samila and Iyad are university professors whose immigrant experiences have shaped their views and involvement in politics.

Samila Amanyraoufpor is an Iranian-American professor at Cal State University, Dominguez Hills (CSUDH) and Cal State University, Los Angeles. Having lived through the 1979 revolution and the Iran-Iraq War, she has always had a deep understanding and appreciation for politics. At the core of her activism is her commitment to strengthening civic engagement. We see that now as she is a member of the CSUDH Chapter of the California Faculty Association (CFA) and serves as the chair of their union’s Political Action Committee (PAC).

Iyad Afalqa, a Palestinian-American, is also a professor at CSUDH, specializing in Health Care Management, Policy and Strategic Management. Iyad views politics as an opportunity to make an impact in his community. Born in Jerusalem, Iyad spent his formative years living in the West Bank under Israeli occupation, an experience that shaped his political outlook.

Iyad is currently serving his first term as the Co-President of CSUDH Chapter of the CFA and comes with years of experience within the Democratic party, having served within the ranks of the Democratic Party in WI, NV and CA in different capacities; as 2016 DNC elected Delegate and a 2016 U.S. Presidential Campaign Healthcare Advisor; as a4th-term CADEM E-Board; Delegate; as a Chair of a Statewide Caucus; and in an Affirmative Action Committee. Currently, he is the President of the California Democratic Council, which represents 500+ Clubs state-wide.

When we asked Samila and Iyad why they are running, they pointed to the need for change from within the local party. Some of these seats have been held by the same people for the last four decades. And currently, over 80% of the Central Committee does not reflect the racial diversity of Orange County. Considering the demographic shift in the county over that time, they believe that now is the opportunity to elect a new generation of diverse community leaders that reflect the county itself.

Over the years, Samila and Iyad have also taken actions to stand up for the Iranian-American community. In 2015, they joined NIAC’s grassroots efforts to ensure the U.S.-Iran Nuclear Deal withstood Congressional review, focusing on lobbying now-former Congresswoman Loretta Sanchez. More recently, they have held over a dozen meetings with elected officials to advocate against the Muslim ban.

Progressive values are what drive these candidates. Their priorities include rent control, immigration reform such as abolishing ICE, Medicare for All, and the Green New Deal. Ultimately, they believe in holding elected officials accountable and people powered campaigns that are devoid of corporate, developer, or police union money.

If you live in CA Assembly District 74 and want to vote for Samila and Iyad, you can find their race on your primary ballot under “Democratic County Central Committee”. You must be a registered Democrat to find this race on your ballot. If you are not registered with the Democratic Party, you can change your party affiliation by re-registering to vote at the polls on election day. The California primaries will be held on March 3. Polls will be open from 7 AM to 8 PM.