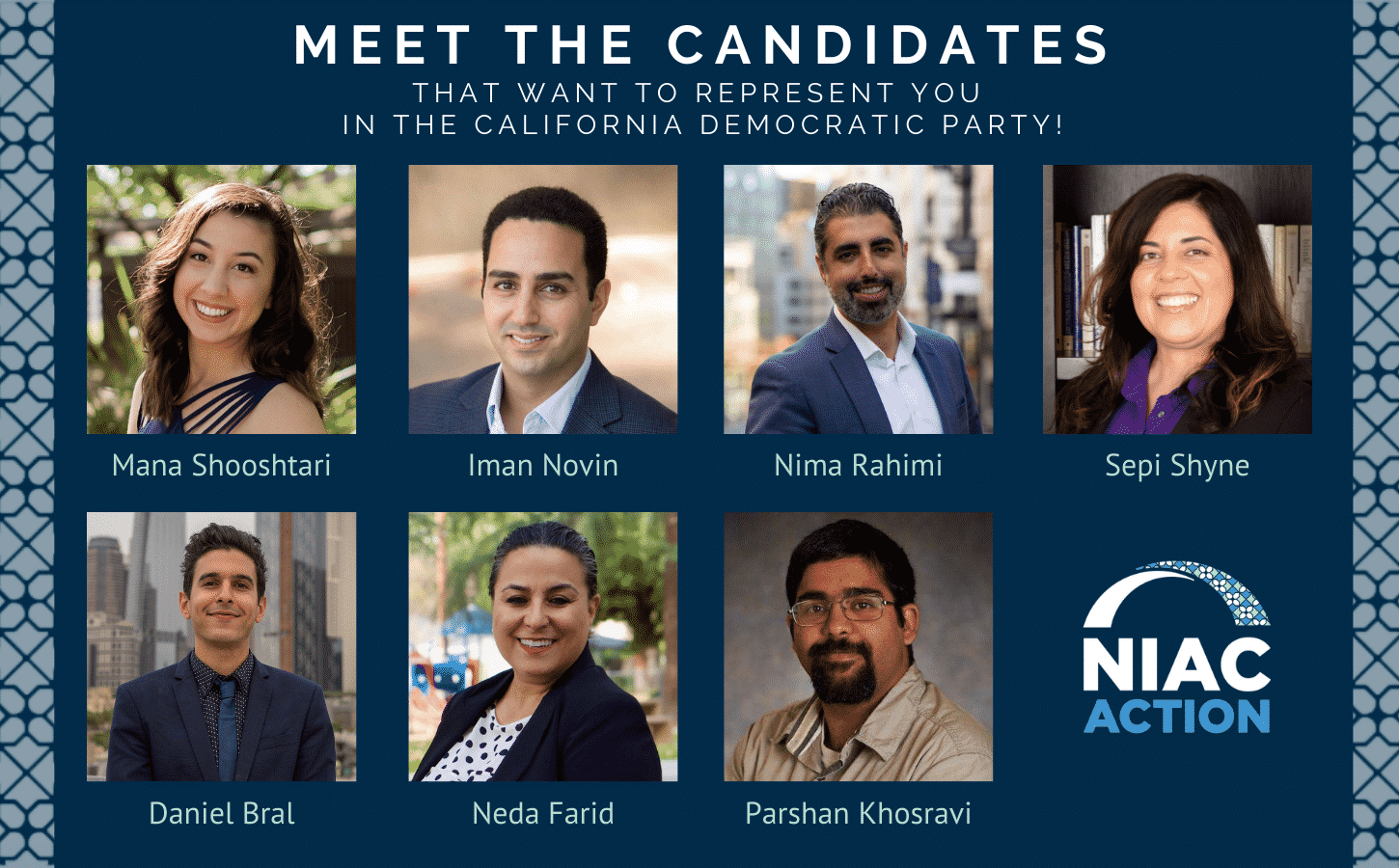 Did you know that you get to vote for who represents you in the California State Democratic Party? Every two years, you get the opportunity to elect seven self-identified female and seven other than self-identified female delegates to represent your Assembly District to the party (also known as ADEM). Even just 100 votes can make or break a delegate race. These delegates get the opportunity to steer the direction of the state Democratic Party, including resolutions and official policy positions. So your support can help ensure that our endorsed Iranian-American candidates get our community a seat at the table 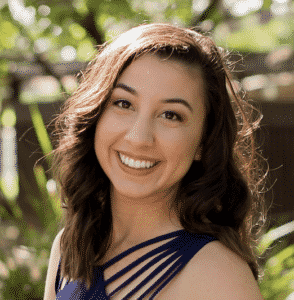 As a Muslim, Iranian-American college student and community organizer, Mana’s experience drives her to engage in the political process and organize her community to advocate for equitable policies at the local and national level. She was spurred to engage in political life after her family was directly impacted by the Muslim ban, realizing that the voices of those impacted by policy must be reflected on the political stage. She is running on the Frontline Solidarity slate and a few of her notable endorsements include SEIU UHW, Former Stockton Mayor Michael Tubbs, and Former Trustee Lange Luntao.

As a delegate, she hopes to uplift the voice of the Iranian community and inspire other young women to take ownership of their political power by running for office. Additionally, she plans to push to address the climate crisis with the urgency it requires, push for anti-war and pro-diplomacy policy (including a return to the JCPOA), work to rebuild our immigration system through an anti-racist lens, increase political power for youth, and endorse intersectional feminist policy. As the youngest woman running for delegate, she has the experience to get the job done. She’s lobbied on issues ranging from women’s rights to national security; organized virtual phone banks for hundreds of people, including one with Iranian Americans for Biden as an organizer for the Grassroots Democrats HQ; led protests for gun violence prevention legislation; facilitated donation drives; and completed nearly 2,000 hours of community service– all by the age of 20. 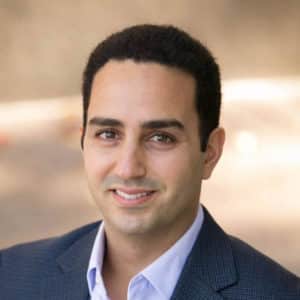 Iman Novin is running to represent Assembly District 16 at the California Democratic Party for a second term. Since becoming a delegate in 2019, Iman has had the opportunity to vote on Party policy related to Iran and the Muslim Ban. He is also a member of a group of Iranian delegates trying to get more Iranian representation in the form of an ADEM Iranian Caucus. Currently running on Assemblywoman Bauer-Kahan’s Unity Values slate, he is endorsed by State Assemblywoman Rebecca Bauer-Kahan, Dublin Vice Mayor Shawn Kumagai, the Contra Costa County Labor Council, and the Northern California District Council of Laborers. Iman is running to unite a divided democratic party and support legislation that helps increase affordable housing supply and protect the environment. 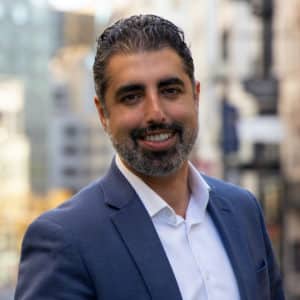 Nima Rahimi – ADEM Delegate, Assembly District 17
Nima Rahimi is a two-term California Democratic Party incumbent. An active member of the Iranian-American community, Nima is an advisory board member of the Iranian American Bar Association and a board member of Pars Equality Center’s Generation Plus. He has also been a board member of the Bay Area Iranian American Democrats for over a decade. Nima is running for re-election as a CADEM Delegate to Assembly District 17 on the slate assembled by Assemblyman David Chiu, the Rise Together slate. In the past, Nima has used this role to pass resolutions supporting the NO BAN Act and calling for diplomacy with Iran. In addition to continuing his advocacy for the Iranian-American community within the party, if elected Nima will advocate around policy addressing housing, mental health and addiction, and homelessness. Check out more about Nima by watching his short campaign video. 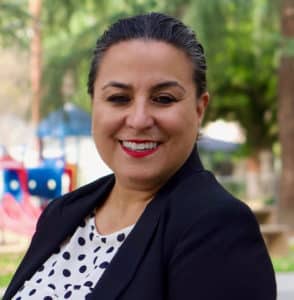 Neda has been actively involved in AD 43 for about 30 years and is passionate about public education, social justice, the arts, and equity issues. Neda is running on the Diverse Democrats for Change slate and is endorsed by California State Senator (SD 25) Anthony Portantino, Glendale Council Member Ardy Kassakhian, Glendale Council Member Dan Brotman, and the Armenian National Committee of America (ANCA) Glendale Chapter. She was also named “Woman of the Year” in Education by the LA County Commission of Women in 2020. If elected, she plans to continue tackling the issues facing the diverse communities of AD 43, including issues surrounding social justice, mental health, and public education, especially among immigrant communities.

Neda is deeply passionate about building Iranian-American community and power. She is an active volunteer with the Farhang Foundation; organized NIAC Los Angeles’ Norooz Day of Service in 2015; organizes a bi-monthly Persian poetry and literature group; and uses her professional skills to support the community pro bono, especially the Iranian-immigrant community, through tax season, with services for parents with special needs children, and by assisting our Iranian and Iranian-Armenian homeless seniors and youth off the streets. 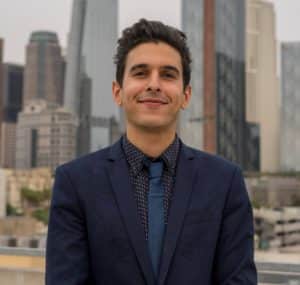 Daniel is Jewish, Iranian American, and a born and raised Los Angeles native. He is a first-time candidate who decided to run after witnessing too many elected leaders show callous disregard for the needs and struggles of the people they claim to serve. In an effort to advance the movement for social change, he wants to be in a position where he can make a tangible difference in other peoples’ lives and ensure that underrepresented communities – be it communities of color, people experiencing homelessness, immigrants, members of the LGBTQ community – have a true champion in their corner. Daniel is running on The Grassroots Slate and has earned endorsements from Assemblyman Richard Bloom, Los Angeles City Attorney Mike Feuer, Deputy Mayor Brenda Shockley, Los Angeles City Council Candidate Sam Yebri, Abundant Housing for LA, Stonewall Democrats, and Miracle Mile Democrats. If elected, he plans to address homelessness, systemic racism and inequality, climate change, gun violence, all while promoting a foreign policy centered around diplomacy.

Sepi Shyne is no stranger to the NIAC Action family. Last year, NIAC Action endorsed her successful campaign for West Hollywood City Council; she is now the first LGBTQ+ Iranian elected in the world! Sepi immigrated to the United States from Iran when she was 11 years old and has been a lifelong advocate for women’s rights. She is a business law attorney and a small business owner who has served as co-chair for Human Rights LA and co-president of the LGBT Bar Association of LA. She is a progressive advocate for gender equity and social justice reform, stronger protections for renters and rent control, healthcare for all, better protections and a living wage for workers, campaign finance reform and better services for our unhoused neighbors. A proven breaker of glass ceilings, Sepi is poised to be a powerful advocate for our community if elected to the California Democratic Party. 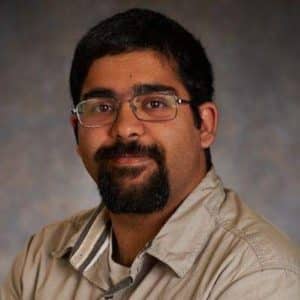 Parshan is a Zoroastrian, Iranian American, and refugee to the United States, running on a mission to fight for the representation of vulnerable communities by pushing for policies and candidates who reflect our values and address the needs of those communities, whether it be cost-free higher education, single-payer healthcare, homelessness & renters relief, a clean DREAM Act, or the Iran Deal. He is also an active member of the Iranian-American community through his involvement as a volunteer with NIAC’s Los Angeles Chapter and his strong connection with California Zoroastrian Center at Westminster and the Federation of Zoroastrian Associations of North America, where he holds a seat on the national board and recently chaired the 7th World Zoroastrian Youth Congress. From advocating for Iran Deal back in 2014-15 to fighting Trump’s xenophobic and racist Muslim Ban, he has fought for issues central to the livelihood of Iranian Americans for the better part of the past decade. Parshan is running on strong progressive values on the Party of the People slate.

If you are a registered Democrat and live in Assembly Districts 13, 16, 17, 43, 50, or 73, you are eligible to vote for Mana, Iman, Nima, Neda, Daniel and Sepi, and Parshan respectively! Here are the steps you need to take to vote:

Step 1.5: If you are not a registered Democrat, update your voter registration status online at bit.ly/VRNIAC.

Step 2: Request your ballot with the CA Democratic Party by January 11! To request a ballot, go to ademelections.com. Your ballot will be mailed to you after you register.

Step 3: Fill out and return your ballot! Ballots need to be received by January 27, so we recommend you mail your ballot on January 22.

Other Ways to Help