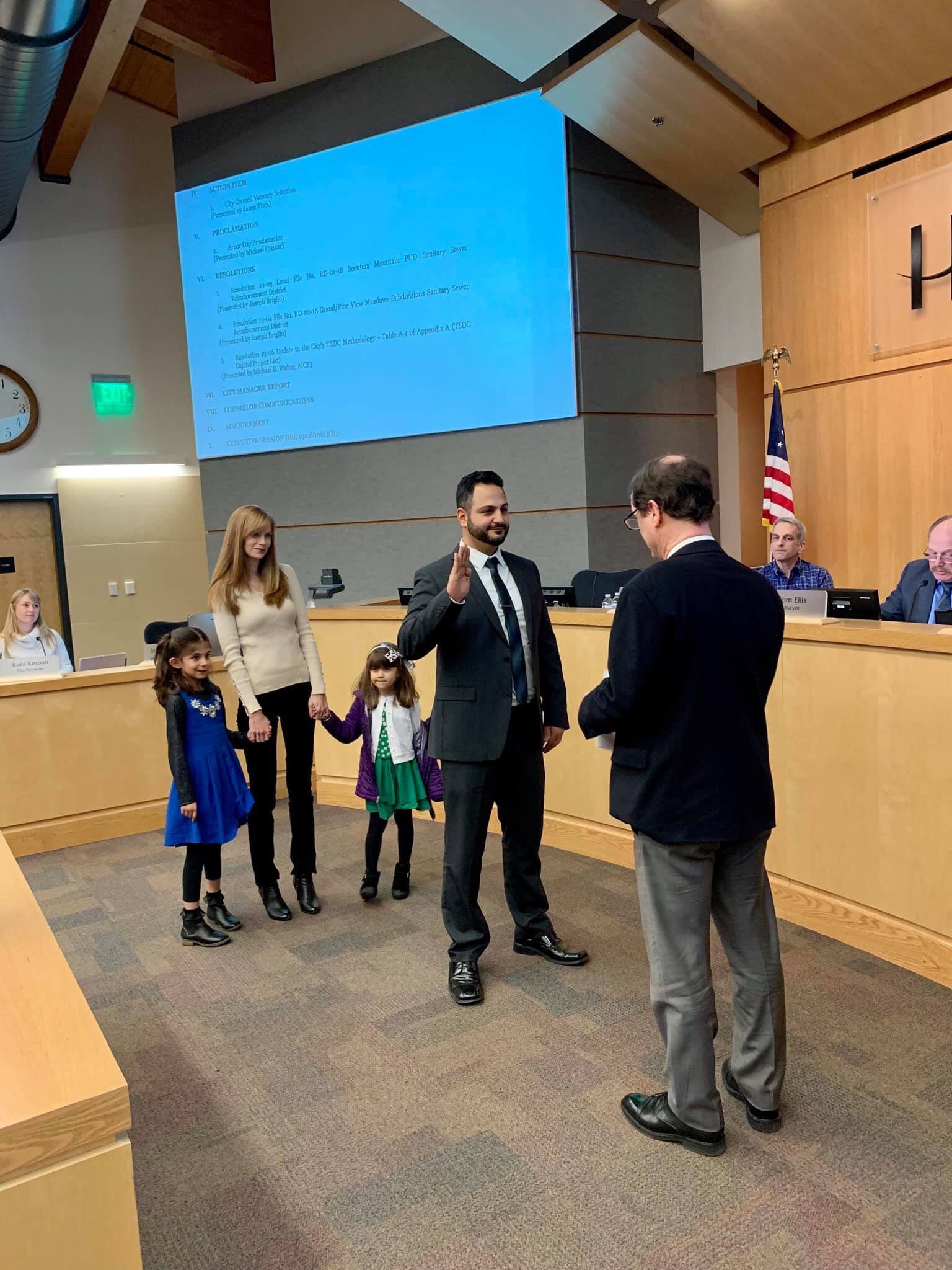 We are excited to announce that NIAC Action endorsee David Emami has been officially appointed as City Councilor of Happy Valley in Oregon! We were proud to endorse Oregon’s first ever Iranian-American City Councilor in this competitive race. See what David had to say on his appointment:

“I am humbled, appreciative and thankful for this opportunity to serve as Oregon’s first ever Iranian-American City Councilor. I hope to inspire others out there to achieve their dreams and It is my absolute goal to represent ALL people of Happy Valley. I want to especially thank NIAC for their support and endorsement. Without organizations like NIAC that work to promote a greater understanding between the American and Iranian Community, appointments such as mine may not have been possible. Thank you all for your support!”

We look forward to seeing all that David Emami accomplishes as City Councilor!