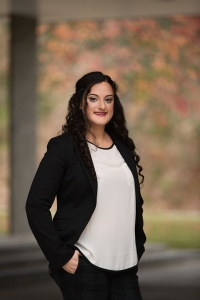 “As the daughter of immigrants, I have watched firsthand our family’s fulfillment of the American Dream,” says Melody Shekari, “through hard work, struggle, and the many kindnesses of so many people, we have built a comfortable life in the US and have been able to give back to our community as well.” As a proud first-generation Iranian American, and an accomplished attorney and community advocate, Shekari is running to represent the 28th District in Tennessee’s State House of Representatives. Born in Texas and raised in Chattanooga, Melody went on to earn a Bachelor’s of Science Degree in Economics from Bentley University, a Masters of Public Administration from the University of Washington, and a Juris Doctor from the University of Southern California Gould School of Law.

Shekari decided to return to Chattanooga following her education and serve her community in various capacities, including as a board member on both the American Civil Liberties Union of Tennessee (ACLU) and the American Red Cross of Southeast Tennessee, as well as a founding member of the Empower Women PAC.

Advocating for the rights of all immigrants is a key issue to Melody and educating the immigrant community on these issues is vital: “As an attorney, I have become concerned with the infringement of the civil rights of all immigrants. I work with immigrant communities (including Iranian-Americans) to help them understand and advocate for their rights.” Melody is highly critical of President Trump’s Executive order, banning immigration from five Muslim majority countries, “I absolutely oppose Trump’s ban on immigration from Muslim countries. This is nothing more than blatant discrimination.”

In response to President Trump’s decision to withdraw from the Joint Comprehensive Plan of Action, Melody has pledged to oppose any and all efforts at the state level that would undermine the tenants of the agreement. “By all accounts (even independent inspectors), Iran has been in compliance with this treaty.  There is no reason to rescind this agreement. What does it say to the world, if the US cannot be counted on to keep its word? We must continue to stand with our allies in support of the JCPOA,” says Melody.

In 2016, Melody decided to run for a House seat in Tennessee’s 3rd Congressional District. While she was ultimately not able to pull off an upset in this heavily Republican district, she did manage to win the Democratic nomination. Now, as she runs for a seat in the state legislature, she comes to the campaign with a unique set of skills honed on the trail in 2016.

With incumbent Democrat JoAnne Favors vacating her seat in the 28th district of the Tennessee House, a highly competitive field of five candidates is facing off in the Democratic primary. The winner will face Republican Lemon C. Williams in the November 6th general election.

Melody truly believes if she is elected she can institute change and improve the lives of her constituents, “I am running for State Legislature in Tennessee to make sure that every person can achieve his or her unique American Dream. There is nothing that cannot be achieved if we all work together. I want to move beyond today’s divisive partisan politics, and work with my colleagues to begin to get things done.”