2020 Democrats: Where do the Presidential candidates stand?

NIAC Action has urged all 2020 Presidential candidates to make two key commitments: to return the U.S. into compliance with the Iran nuclear agreement and to repeal the Muslim Ban.

President Trump’s withdrawal from the nuclear accord and inhumane sanctions have undermined U.S. credibility, made America and the world less safe, and brought us to the brink of war. Returning to the international agreement without preconditions is the only sensible way for the United States to reverse the damage, restore Iran’s compliance with far-reaching nuclear concessions and reestablish diplomatic opportunities squandered by President Trump’s dangerous escalations.

President Trump’s Muslim Ban, imposed in his first week in office and still in effect after court-ordered revisions, continues to separate Iranian-American families and institutionalize discrimination against our community. The next president should make it a top priority to reverse this discriminatory, un-American policy on their first day in office in order to undo its continued harm.

There are many other issues important to the Iranian-American community and pro-peace allies that NIAC Action would like to see Presidential contenders weigh in on, some of which we have directly encouraged the campaigns to comment on. In the tracker, we include some of the top tweets from candidates of interest to our community, including tweets condemning Iran’s brutal November crackdown on protesters; warnings against a march to war; comments on the assassination of Iranian General Qassem Soleimani; condemnations of President Trump’s outrageous threat to target Iranian cultural sites; and tweets on deportations of Iranian students and harassment of Iranian Americans at the border.

✅ Vice President Biden has announced that if Tehran returns to compliance with the nuclear deal, he would do so as well while working to strengthen and extend it. He has also noted that this would enable him to more effectively push back against Iran’s “destabilizing activities.”

✅✅ Vice President Biden’s campaign told NIAC Action staff that he would rescind the ban on Day 1 of his Presidency. Biden also has said that the Muslim Ban “hurts our economy, betrays our values, and can serve as a powerful terrorist recruiting tool.”

✅ Rep. Gabbard’s campaign affirmed with NIAC Action that she has committed to returning to the nuclear accord. At the June 26th debate, she said “We need to get back into the Iran nuclear agreement, and we need to negotiate how we can improve it.”

✅ Congresswoman Gabbard told NIAC Action that she would end the ban as President. Additionally, while in Congress, she cosponsored the NO BAN Act, which if it became law, would repeal the Ban along with similar discriminatory orders.

✅ Sen. Sanders has unequivocally committed to returning to the nuclear accord, saying “I would re-enter the agreement on day one of my presidency and then work with the P5+1 and Iran to build upon it.”

✅✅ In his response to a NIAC Action inquiry, Senator Sanders pledged to repeal the Ban on day one of his presidency and went on to say that “We are going to stand together in the struggle for justice and human rights, and we are going to end everything Trump has done to demonize Muslims.” He also commits to working with Congress to pass the NO BAN Act to guard against future discriminatory orders.

✅ Sen. Warren has consistently committed to returning to the nuclear deal and bringing Iran back into compliance as well.

Note: Sen. Warren appears to have been the first Presidential contender to call for a return to the JCPOA, suggesting the President should do so in a committee hearing in December 2018.

✅✅ Senator Warren told us she would repeal the Muslim Ban on day one of her presidency. She also noted on the day after the Ban was instituted that “I wish I was exaggerating or that this was some sort of game, but a ban that issues religious tests and keeps refugees and immigrants from entering our country is illegal. It is unconstitutional, it is immoral, and it must be overturned.”

✅ Mayor Bloomberg’s staff told NIAC Action that he would return to compliance with the JCPOA without preconditions. After rejoining, Mayor Bloomberg’s campaign says he will seek to address “other inadequacies in the deal” in order to make it sustainable:

✅ NIAC Action asked Mayor Bloomberg’s campaign whether he would rescind the Muslim ban and if he would commit to doing so on his first day as President. In response, the Bloomberg campaign told us that while the Mayor is not making any “first day” pledges on any policy, “Rest assured that there is no question Mike would reverse the policy swiftly.”: 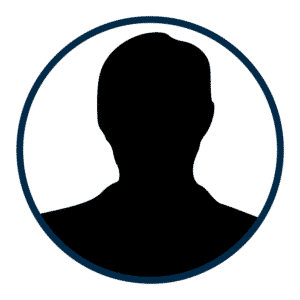 ✅ Mayor Buttigieg has committed to returning to the nuclear accord, stating “I will rejoin our international partners and recommit the United States to the Iran nuclear deal.” He has also supported a “parallel policy of confronting Iran’s support for terrorism and abysmal human rights record.”

✅When Mayor Buttigieg was asked if he would lift the Muslim Ban early in his presidency, he answered: “of course, the Muslim ban is something that really cuts against our values and does nothing to make us safer.” He has also stated that the Muslim Ban has “distanced America from the world, undermined our State Department, harmed immigrants and visa applicants, and damaged our global credibility.” 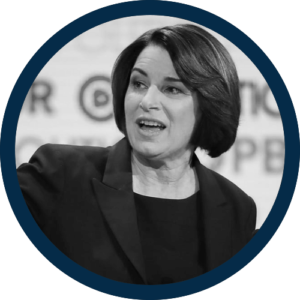 ✅ ➖ Sen. Klobuchar consistently voices her support for returning to the nuclear accord, along with the Paris Climate Accord. However, at times, Sen. Klobuchar has intimated that there may be preconditions on reentry beyond Iran’s return to compliance, including when she said “I would have worked to get longer sunset periods, and that’s something we could negotiate, to get back in the deal.” NIAC Action is seeking clarification from Klobuchar’s campaign regarding her commitment to reenter the agreement.

✅ Senator Klobuchar’s has not committed to repealing the Muslim Ban on the campaign trail, but highlighted after the first ban that “it is irresponsible and unconscionable to exclude entire populations from seeking refuge here, simply because of where they come from or what religion they practice.” She has also co-sponsored the NO BAN Act, which would repeal the Ban and similar discriminatory orders if signed into law.

✅✅ Mr. Steyer’s campaign staff told us “Tom Steyer has committed to repealing the Muslim ban on day 1 of his presidency.” He has stated separately that he would use his executive authorities to “end the Muslim travel ban.” He has also noted President Trump’s policies such as the Muslim Ban are “systemically attacking immigrant communities of color.”

✅ Mr. Yang has announced that it was a mistake to withdraw from the nuclear deal and that he would rejoin the agreement as President. However, he also said that the U.S. should “renegotiate the timelines, because the timelines now don’t make as much sense,’ potentially muddling his position.

In the July 31, 2019 Democratic debate, Mr. Yang said “I would move to de-escalate tensions in Iran, because they’re responding to the fact that we pulled out of (the nuclear) agreement. And it wasn’t just us and Iran. There were many other world powers that were part of that multinational agreement. We’d have to try and reenter that agreement, renegotiate the timelines, because the timelines now don’t make as much sense. But I’ve signed a pledge to end the forever wars…I would bring the troops home, I would de-escalate tensions with Iran, and I would start investing our resources in our own communities.”

✅Mr. Yang has stated that he would “reverse the travel ban very early on” in his presidency, citing that it does not make us safer and instead “amplifies xenophobia.”

Candidates included in this tracker were polling at 1% or higher in 538’s aggregate polling tracker on January 28, 2020.