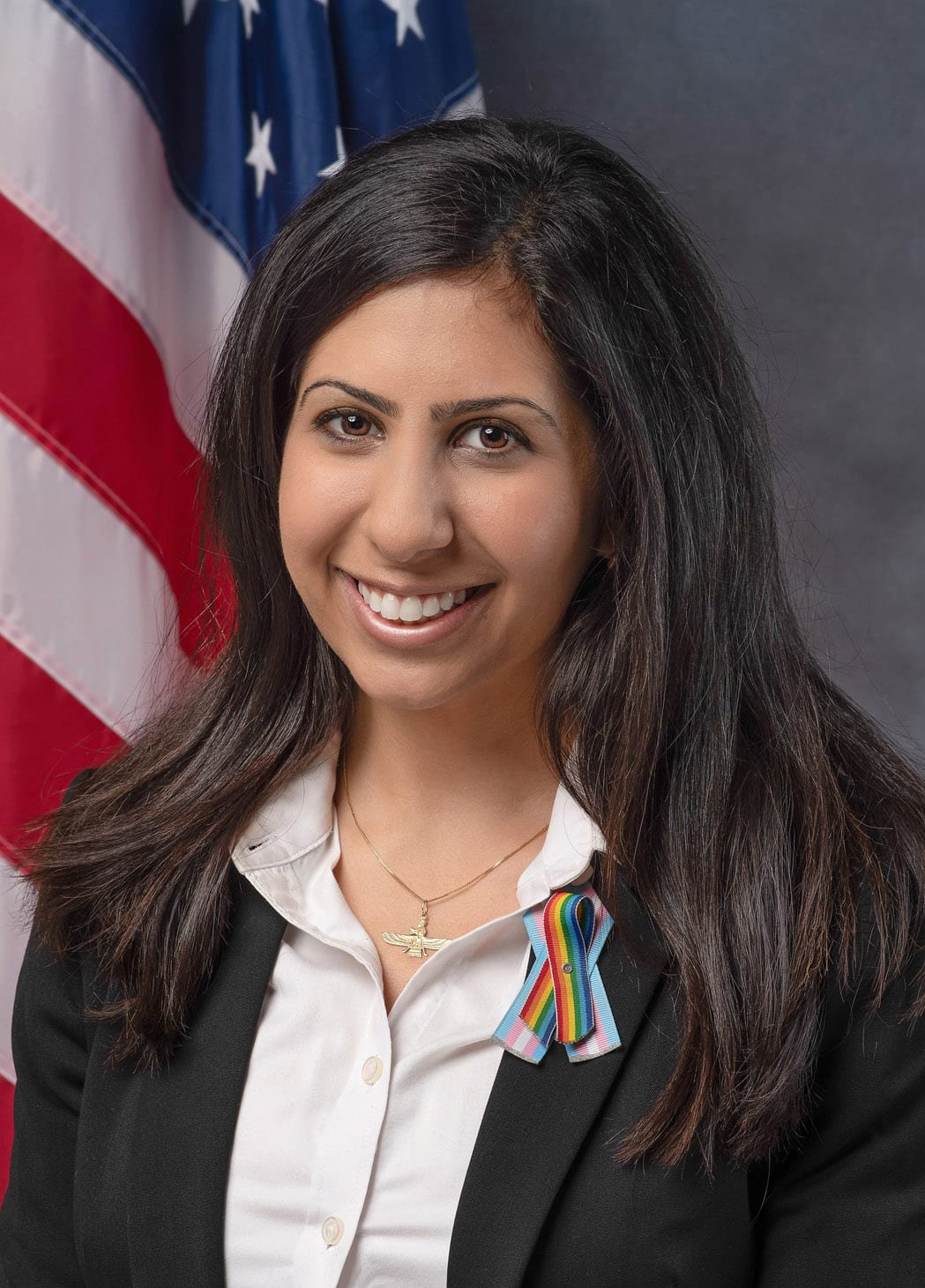 Representative Eskamani is the first Iranian-American woman to be elected to public office in Florida. NIAC Action was proud to join President Barack Obama and several other high-profile national organizations such as Emily’s List and Emgage in endorsing her in 2018 to represent District 47 in Florida’s State House. NIAC Action is thrilled to endorse Eskamani again for her re-election in 2020. Eskamani is the recipient of NIAC’s 2019 “Rising Star” Award and a consistent champion of the Iranian-American community. Eskamani is a powerful advocate for environmental protection, healthcare access, public education, and economic equity.

Born and raised in Orlando, FL, Eskamani is the daughter of working-class Iranian immigrants who worked multiple jobs to make ends meet. When she was 13 years old, Eskamani lost her mother to cancer. That loss, alongside the challenges Iranian women leaders faced in the struggle for social change, inspired Eskamani to fight for hardworking families. Eskamani cherishes her deep ties to the Iranian American community and our rich cultural heritage.

As a first-generation Iranian American, Eskamani staunchly opposes the Muslim Ban that has torn families apart. “We are a nation of immigrants, and my story is not unlike that of many other fellow Americans, or of those who aspire to become American citizens one day. My personal identity and experiences compel me to be a passionate advocate for all people, and to push back against political agendas that marginalize and attack people because of how they look, talk, or who they worship.”

Eskamani also disagrees with Trump’s administration’s exit from the 2015 Iran Deal. Eskamani thinks that a path towards de-escalation between the U.S. and Iran would be “to go to the negotiating table and talk about a new Iran nuclear deal and have a conversation with international powers.” NIAC Action admires Eskamani’s tremendous work in spotlighting the achievements of Iranian Americans and promoting justice in her community.

Eskamani earned two master’s degrees from the University of Central Florida, where she is also currently pursuing a PhD in Public Affairs. At UCF, Eskamani first got involved in advocacy work focusing on international human rights through her involvement with the Iranian Student Organization and on domestic policy issues as an organizational leader with the College Democrats at UCF. These experiences in campus organizing led Eskamani to also focus on women’s issues, most notably as Senior Director of Public Affairs and Communications for Planned Parenthood of Southwest and Central Florida.

As a first-time candidate in 2018, Eskamani gained national media attention for her advocacy on women’s issues and gun control legislation. She has been featured prominently in Time Magazine, The Atlantic, The New York Times, The Independent, Teen Vogue, and in a Vice News documentary series, “The Story of Four Female Candidates Trying to Make History in 2018.” Although Eskamani’s identity as an Iranian American woman was not an issue on the campaign trail, her opponents launched hostile cyber-bullying against her that was racially motivated. However, Eskamani never backed down from sharing her culture with others and speaking her mind. Eskamani won the election by an overwhelming 57% majority of the vote.

As a State District Representative, Eskamani has worked relentlessly to protect people through effective advocacy, bold leadership, and smart management. A longtime bridge-builder in her community, Eskamani led the charge to increase arts and culture funding statewide by 800%, and pushing forward a clean-energy agenda and pushing back against polluters. Eskamani has also done amazing work helping people in her district navigate the unemployment system in the wake of the Coronavirus crisis. Eskamani even donated her salary to unemployed Floridians–NIAC Action applauds her selfless passion for helping people.

NIAC Action strongly urges you to help Eskamani win again in 2020. Electing Iranian-American candidates is a key part of building political power for our community. She is up against a formidable Republican challenger, and the race will be close since the District 47 seat has previously been held by Republicans. We hope we can count on you. Onward!